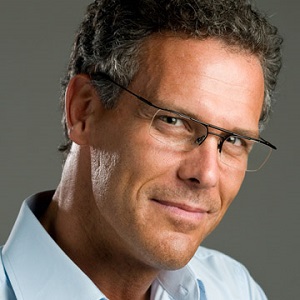 Adult growth hormone deficiency (AGHD) is unlike that in children, where growth is a primary concern. HGH deficiency causes are also different. A variety of factors can lead to a significant enough decline in growth hormone (GH) levels that can cause the symptoms associated with AGHD.

Genetics rarely plays a role in HGH deficiency. Unlike other medical conditions, it is not passed from parent to child. However, some of the factors that contribute to a more rapid decline in GH levels can be attributed to family habits.

That is the first aspect we want to discuss about growth hormone deficiency. Adults’ causes can stem from specific health issues, as discussed further down this page. Or, in many cases, they are idiopathic in nature. What that means is that the doctor cannot pinpoint any one factor involved in GH decline.

What causes HGH deficiency that is idiopathic?

Here, we often look to lifestyle factors that can increase the speed in which growth hormone production slows down. GH levels reach their peak during puberty, then, by the time most adults reach their mid-twenties, these levels already start to decline.

The reduction is gradual, taking many years or decades before changes become noticeable. However, actions taken in early adulthood and throughout life after that can speed the process. That is why there is a question regarding the obvious connection in some families. If unhealthy lifestyle habits pass from the parents to the children, a rapid decrease in GH production can lead to a familial preponderance to HGH deficiency symptoms.

The factors that often increase GH decline include:

HGH deficiency causes in adults vary from those in children.

One of the causes of HGH deficiency in adults is childhood-onset of this condition. In many instances, children diagnosed with growth hormone deficiency will still be unable to produce enough GH in adulthood. They may require HGH therapy throughout their lives.

Some children never get tested for HGH deficiency. As adults, they may be on the shorter side or show typical signs of AGHD. With growth hormone deficiency causes such as these, a lifelong GH shortage can increase the risk of developing conditions such as osteoporosis, cardiovascular disease, type 2 diabetes, and more.

All childhood-onset HGH deficiency causes should be followed up in adulthood if symptoms of AGHD are present.

Some HGH deficiency causes in adults are of significant concern, on occasion requiring additional treatment.

The following are additional causes of adult HGH deficiency:

If you have concerns over a possible growth hormone deficiency, National HRT can help. We offer free, confidential consultations by phone to help assess your hormone health. Contact us today for additional information.