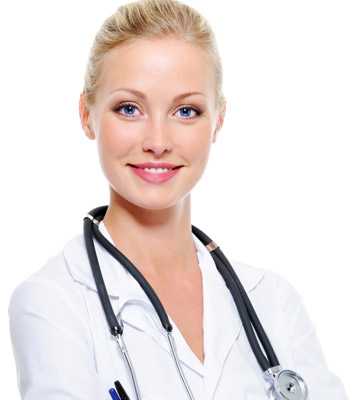 If you think diabetes is just about glucose and insulin, you are wrong. Two other hormones – human growth hormone and insulin growth factor 1 play contributory roles in glucose metabolism. Some diabetics could have GH concentrations 2 to 3 times higher than non-diabetics, while others may be deficient. That is why blood analysis is crucial before beginning any treatment with HGH therapy for diabetes.

In a healthy individual, the metabolism converts carbohydrates into glucose (a form of sugar) for the body to utilize. In response to the increase in blood glucose levels, the pancreas secretes insulin which transports the glucose out of the bloodstream and into the cells for fuel. Glucose may also be stored in the liver until needed. Without proper amounts of insulin, glucose levels build up in the bloodstream, and the result is diabetes.

While insulin is still the body’s major regulator of glucose levels in the blood, HGH and IGF-1 may provide benefits for people with both Type 1 and Type 2 diabetes. The use of HGH therapy for diabetes control is not that new. Once doctors realized that many diabetics were also suffering from adult growth hormone deficiency, they began to offer treatment and discovered that benefits were forthcoming in glucose levels, as well.

HGH has the opposite effect on glucose metabolism as insulin, as shown below:

When looking at the effects of HGH treatment for diabetes, researchers have found that people with Type 2 diabetes who are overweight before receiving HGH therapy not only lost abdominal fat, but they also had a reduction in their insulin sensitivity.

If you have Type 1 diabetes, a reduction in insulin reaching the liver is seen. This occurs because the pancreas does not produce enough insulin.

The liver is where insulin growth factor 1 is produced, and insulin dues help support the liver’s secretion of this hormone after receiving signals from human growth hormone for IGF-1’s production. Because of this lower level of IGF-1, which mediates the functions of HGH in the body, the effects, and benefits of human growth hormone will also decline.

An interesting fact is that individuals with both Type 1 diabetes and HGH deficiency often have a lower rate of retinopathy (diabetic eye disease). While that might lead a person to the thought process of an increased risk of retinopathy from using HGH therapy for diabetes that is not the case. No increase in risk has been noted.

While increased levels of IGF-1 are beneficial, treatment with that hormone directly often brings serious side effects including:

HGH therapy may be the better choice as it raises IGF-1 levels without these side effects.

Treatment for Type 2 diabetes is slightly different, as is the condition. Unlike Type 1 diabetes that is often diagnosed during childhood, Type 2 diabetes most commonly develops in adulthood, with the risk increasing with age. In this type of diabetes, the cells of the body become resistant to the effects of insulin, preventing glucose from entering the cells. Instead, it remains in the bloodstream. The reason weight plays a role in this is because fat cells tend to displace the crucial insulin receptor cells.

It is no surprise that the incidence of Type 2 diabetes increases at the same time that essential chemical messengers including HGH, testosterone, and progesterone begin to decline.

These issues also put a person at an increased risk of developing atherosclerosis and heart disease.

HGH therapy for diabetes helps with the burning of stored fat for added energy. As this occurs, insulin levels begin to decline, and by week twelve of the treatment, the change is significant.

For answers to any questions about HGH and diabetes, please contact Greenberg Health for a free consultation with a hormone specialist.